Geneva: Five UN independent experts have expressed concern and questioned China over charges brought against nine Tibetans who were imprisoned for participating in the celebration of the 80th birthday of His Holiness the Dalai Lama in 2015, and advocating for cultural and religious rights.

Expressing deep “regret” over China’s response towards “what appears to be a cultural and religious expression by the nine Tibetans”, the experts voiced concern over “frequent application of article 103 (2) of the Chinese Criminal Law on “incitement to separatism” to suppress freedom of expression, religion, assembly and association and the cultural rights of the Tibetan minority”. Furthermore, eight areas of concern, including application of due process, detention condition and information about charges and place of detention to the family members of imprisoned Tibetans, were raised in the joined communication to China.

The experts have asked China to clarify and provide detailed information on the following nine Tibetans who were unjustly imprisoned.

All nine Tibetans had previously been jailed for varying person terms for participating in protests, and some for allegedly “inciting separatism”.

A copy of UN joint communication to China is available here. 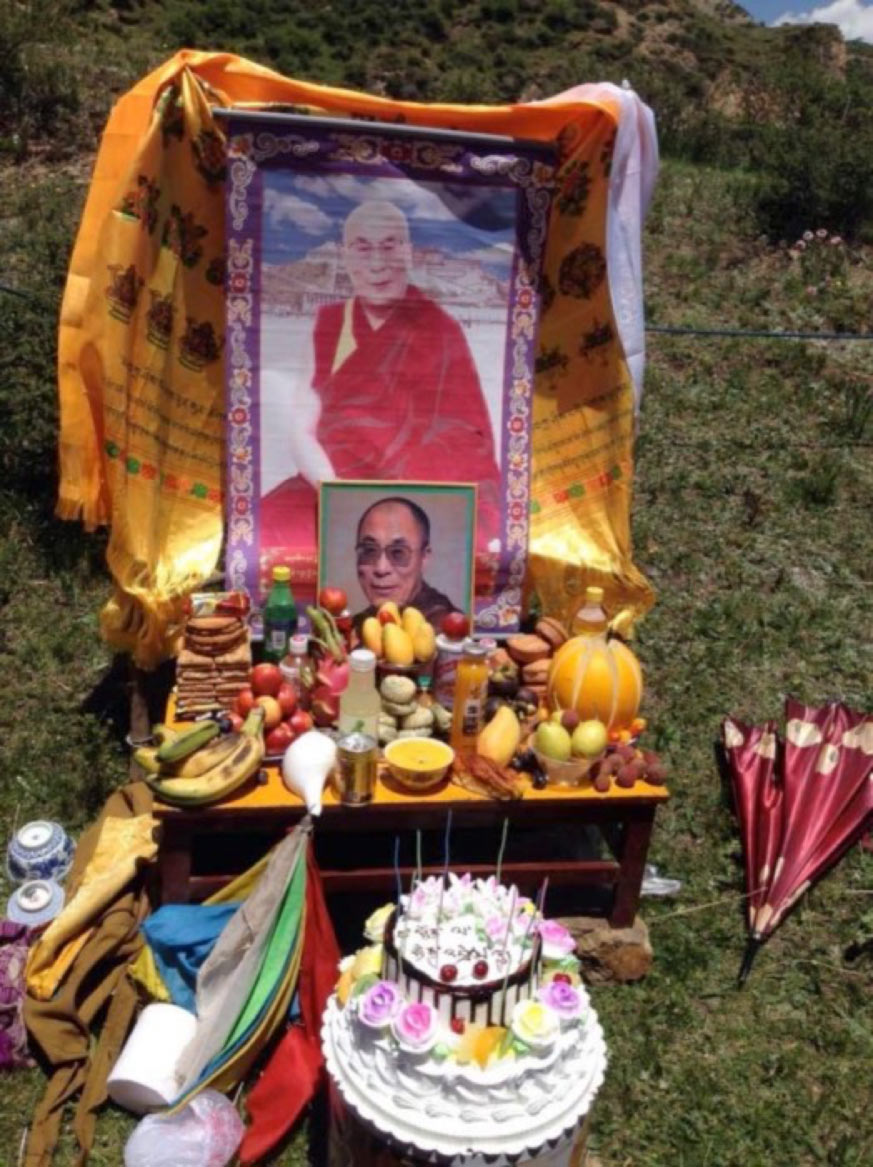 An offering made to His Holiness the Dalai Lama by Tibetans in Tibet on His Holiness’ 80th birthday in July 2015.