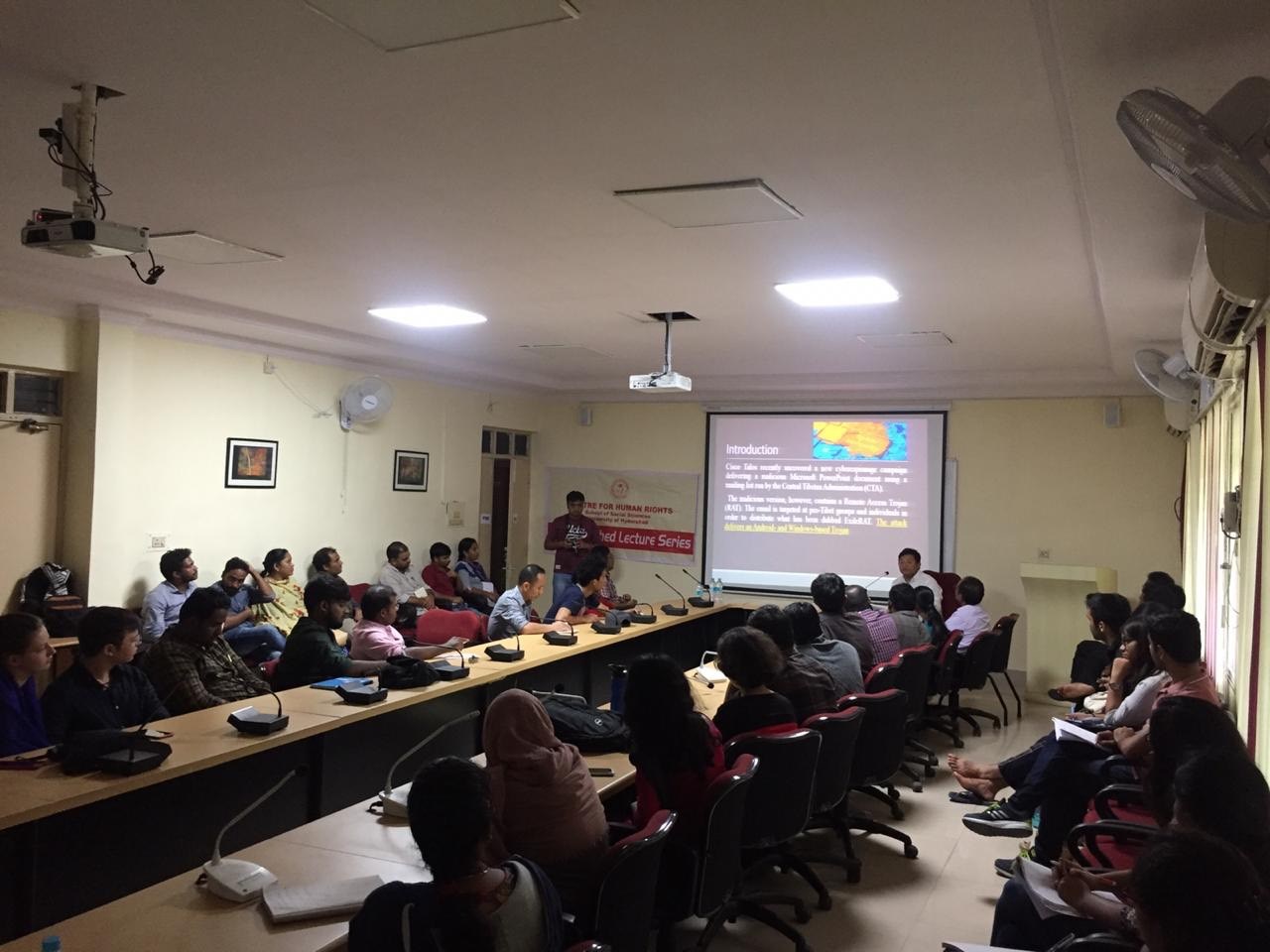 Bangalore: An interactive session was organized by Department of Arts, the Dalai Lama Institute of Higher Education (DLIHE) on 4 September following the successful conclusion of the Tibet Policy Institute’s (TPI) flagship conference held from 1 to 3 September.  The interactive session was held between researchers of the TPI and students and faculty of Bachelor of Arts. Mr. Tenzin Rigsang, head of the Department gave his opening remarks and briefly introduced researchers of the TPI.

This was followed by a brief introduction of the TPI and its founding objectives by Dr. Rinzin Dorjee. The session saw the attendance of more than 60 students and seven teachers. The session lasted for two hours and covered a wide range of topics such as the importance of research methodology, the significance of cybersecurity, lack of education rights in Tibet and some pertinent questions on reincarnation. The session ends with a felicitation of researchers by the monitor of BA.

Hyderabad: As a part of the outreach program four researchers of the Tibet Policy Institute namely; Dr. Rinzin Dorjee, Karma Tenzin, Tenzin Dalha and Tenzin Tseten embarked on a ten-day outreach program in Hyderabad, Pune and Mumbai. The outreach program started on the 6 September in the University of Hyderabad. Dr. M.N. Rajesh, Department of History and the chief coordinator of the Hyderabad program warmly received the researchers in University campus, which reportedly has more than 2300 acres of landmass.

Dr. Rajesh and Prof. Ramdas Rupavath, Head of Centre for Human Rights, University of Hyderabad, organized a special lecture session on the same day. Dr. Rajesh briefly introduced the speakers Dr. Rinzin Dorjee and Tenzin Dalha to the participants, followed by a brief introduction of the TPI by Dr. Dorjee.

In his presentation, Dr. Dorjee spoke on “China’s pursuit of Buddhist soft power in South Asia”. Dalha spoke on the topic “a study on Chinese cybersecurity and online censorship policy with special reference to Tibet”. The session was chaired by Prof. Rupavath. More than 50 students from different academic background participated in the session and raised an important question related to the topics.

Pune: Four researchers from the Tibet Policy Institute (TPI) embarked on its second-leg outreach program following the successful conclusion of the Hyderabad event. The second-leg outreach program started in Pune at Symbiosis School of International Studies (SSIS) on 10 September. The group was cordially received by Professor Shivali Lawale, director, Dr. Sukalpa Chakrabarti, deputy director and Assistant Professor Aniket Bhavthankar. Before the lecture session, the director briefed us about SSIS and invited us for a lunch.

The lecture session was organized by the School of International Studies. The two speakers are Dr. Rinzin Dorjee and Tenzin Tseten. Dr. Rinzin Dorjee spoke on the topic “China’s pursuit of Buddhist soft power in South Asia” and Tenzin Tseten deliberated on the nationality discourse in the People’s Republic of China post 2008 Protests in Tibet and significance of Tibetan narrative. Many interesting questions were raised vis-à-vis Tibet, China and reincarnation. All researchers had a productive discussion with faculty after the lecture session.

The lectures are well attended by students from the School of International Studies as well as students from Law School and School of Liberal Arts of Symbiosis. It was chaired by Professor Shivali Lawale.

Symbiosis was founded in 1971 by Dr. S.B. Majumdar. He was awarded Padma Bushan and Padma Shri by President of India.

Mumbai: The final-leg outreach program in Mumbai started at the Gateway House on 12 September. Gateway House is an independent, non-partisan and non-profit foreign policy think tank. At the Gateway House, four of us were given ten minutes each to speak on our respective research subjects. This was followed by rounds of questions and suggestions from their scholars. Mrs, Manjeet Kripanali, executive director briefed us about her recent visit to Tibet during our intense discussion.

On 13 September, Dr. Rinzin Dorjee and Tenzin Dalha were hosted by Observer Research Foundation (ORF) to speak on their research subjects. They were received by Mr. Dhaval D. Desai, senior fellow and vice president of ORF. Mr. Desai raised the possibility of doing team-research between the researchers of ORF and TPI. He also invited research scholars of TPI to contribute research articles and commentaries in their publications.

At the same time, Tenzin Tseten and Karma Tenzin were invited by Tata Institute of Social Sciences (TISS), one of the leading social science institutes in the country to share their research. In his presentation, Karma Tenzin highlights the status of the Tibetan language in Tibet and Tenzin Tseten spoke on the importance of Tibetan narrative in the nationality discourse in the People’s Republic of China. They were received by Dr. K.M. Parivelan and Dr. Devkumar Jacob, Centre for Statelessness and Refugee Studies, School of Law, Rights and Constitutional Governance.

Dr. Parivelan beautifully briefed us about the overview of TISS and its activities before the lecture session. In his talk, he mentions the first special convocation of the school in 2014 where His Holiness the Dalai Lama was invited as a chief guest. He also mentions about the amicable relationship between His Holiness the Dalai Lama and the institute’s former director.

In the post-lecture session, Dr. Parivelan raised the importance of collaboration between TISS and TPI in future research endeavours. He also raised the idea and interest of TISS research students coming to Dharamsala in the beginning of the year 2020 to learn about the Central Tibetan Administration and exile Tibetan issue at large. 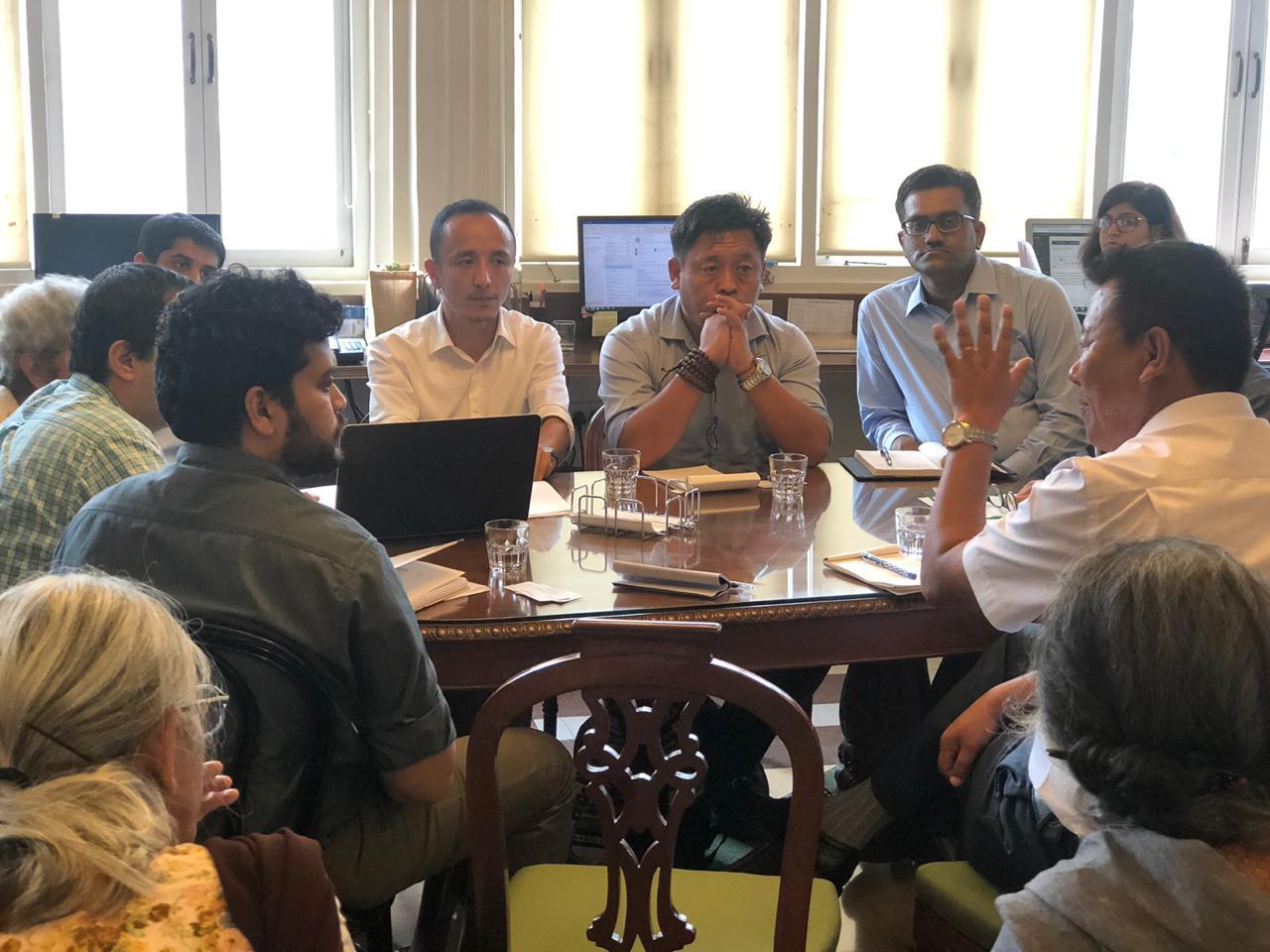 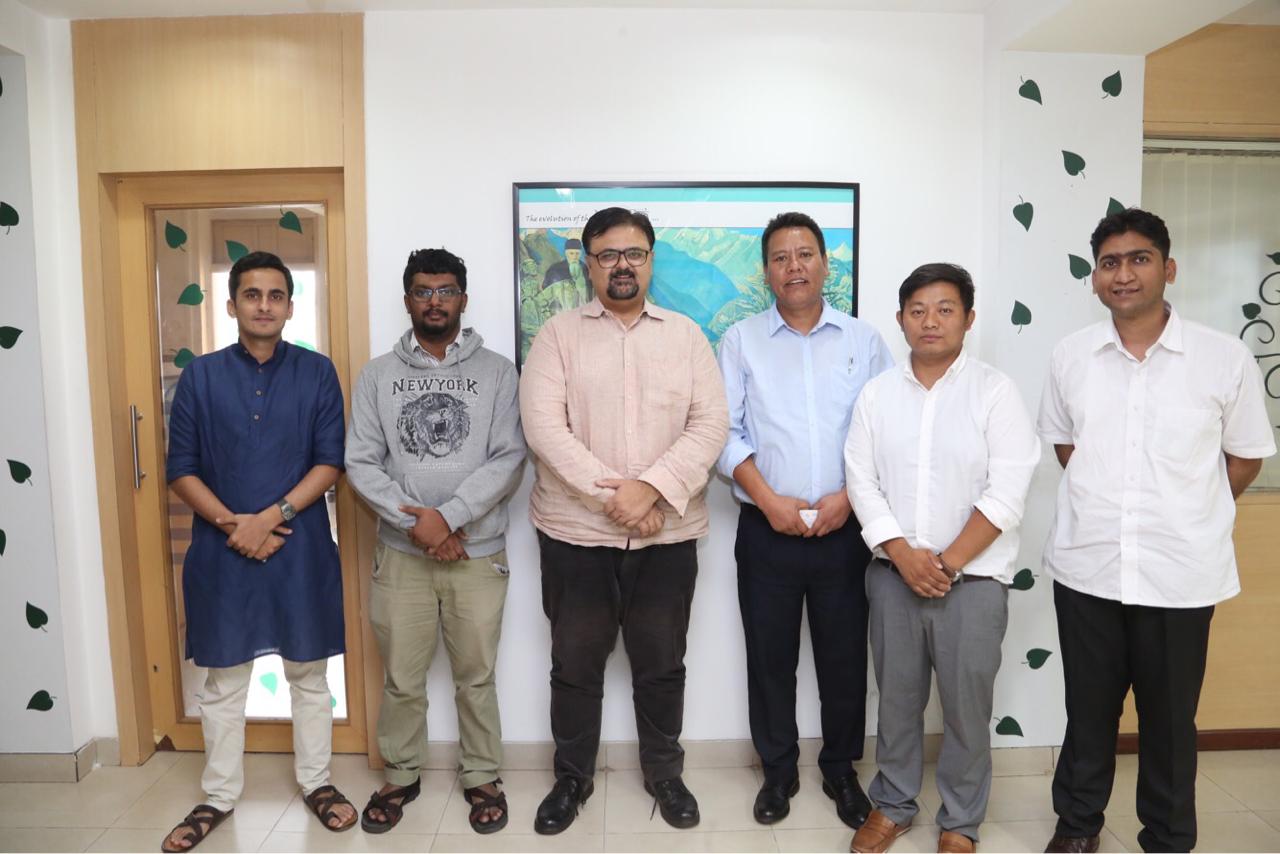 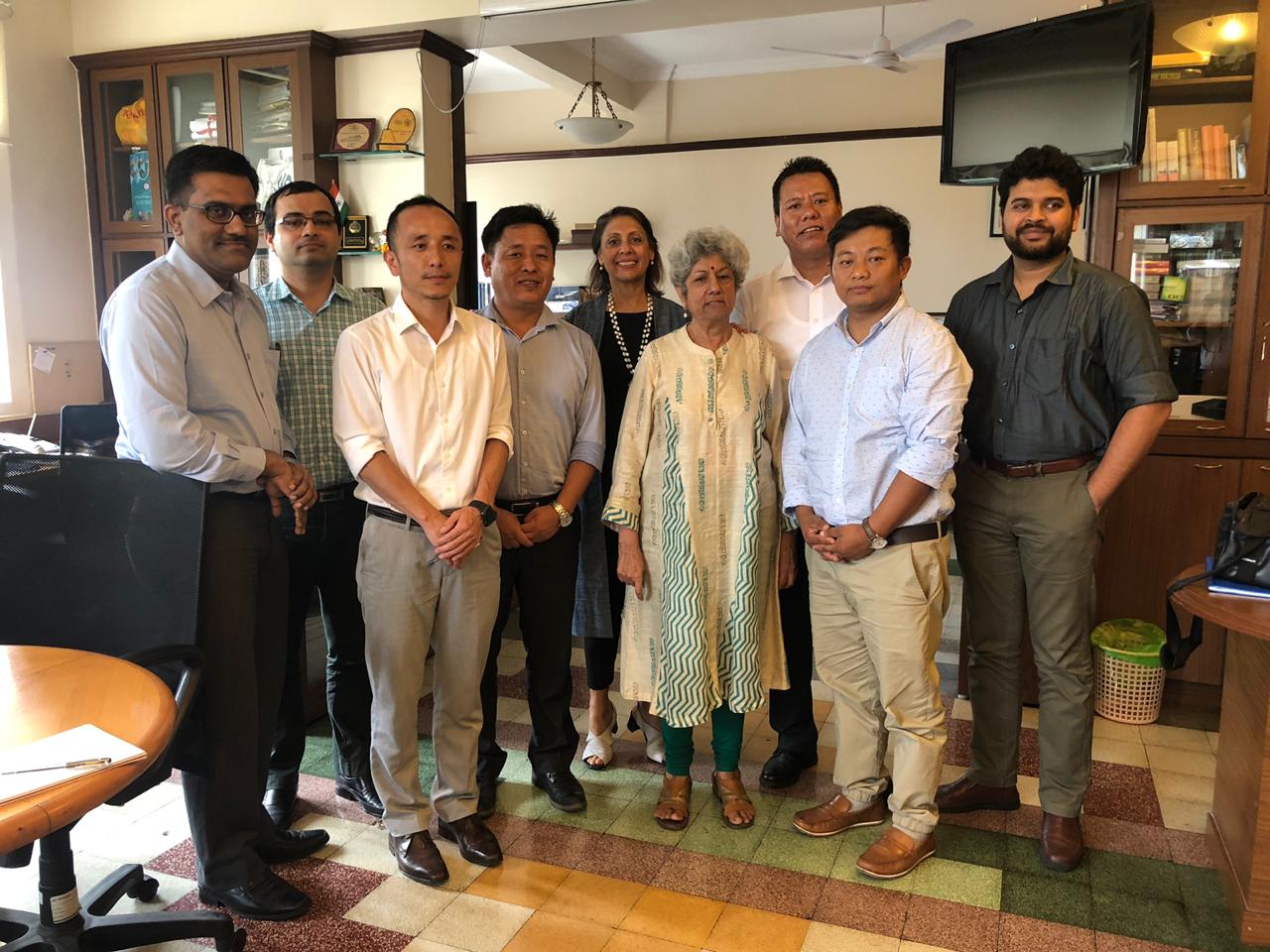