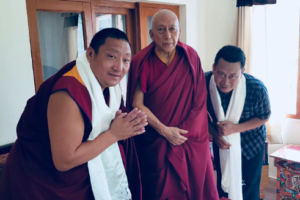 The visitation program initiated with a visit to Tibetan Public School of Srinagar on 21 July 2019 and subsequently a meeting with the President, Vice President, coordinator, leaders, and students. Parliamentarian Geshe Atuk Tsetan addressed on objectives of the visitation program and the guidelines of 16th Tibetan Parliament-in-Exile. He also answered questions and clarified their doubts. 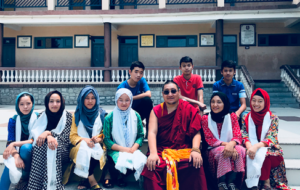 Continuing the visitation program, on 22 July Parliamentarian Geshe Atuk Tsetan visited and addressed the Tibetan sweater sellers in Kargil, and answered questions asked by them. 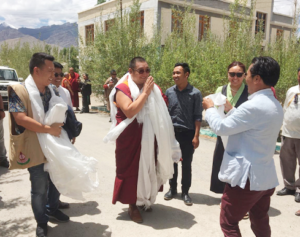 They visited Ruthok Monastery, Bon Monastery, Karma Dukgyu Choeling Monastery, Triktse Monastery and Sherkhar Monastery on 25 July and discussed important matters related to Monasteries. Later in the evening, they visited six different Tibetan markets and had a thorough discussion with the President and Vice President of Tibetan garment sellers’ Association.

For the next five days, Parliamentarians visited Tibetans living in Jangthang viz. Numa, Gyoyul, Makyu, Hanley, Kagshung, Sumdho, Chumur, and Samedh. During their visit in Jangthang, they addressed the people on the political stand of Central Tibetan Administration and His Holiness the 14th Dalai Lama to resolve the issue of Tibet, international situation and status of Tibet and China. 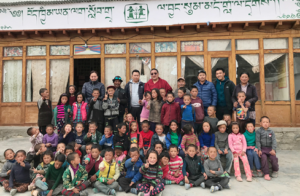 They answered questions asked by the public and listened to their opinions and grievances. In Sumdho Jangthang, they visited TCV School, Kagyu Temple, and solar plant. They also met with the sponsors and professionals of the solar plant from France. Parliamentarians thanked them with traditional Tibetan scarfs and urged them to provide solar power to nomads of Jangthang as they do not have electricity. 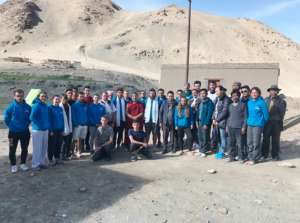 On 1st August, Parliamentarians visited the office, classrooms, hostels, old age home, hospital, classroom and hostel of special needs children, library, etc. of Tibetan Children’s Village School, Ladhak and addressed on the importance of education, responsibilities of students and teachers, morality, and unity. They answered questions asked by the students and listened to their opinions. Following which, they visited Tibetan Cooperative, Health care centre and Men-Tse-Khang branch at Choklamsar.

They further talked about the political stand of Central Tibetan Administration and His Holiness the 14th Dalai Lama to resolve the issue of Tibet, international situation, and status of Tibet and China at a general public meeting in Leh. They also presented souvenir and traditional scarfs to MOST Sponsors for their consistent support at the general public meeting. Later they visited 12 camps of the settlement. 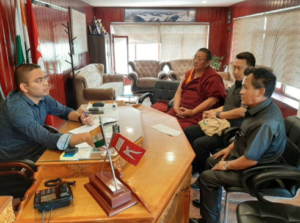 Parliamentarians meeting with an official of Ladakh.