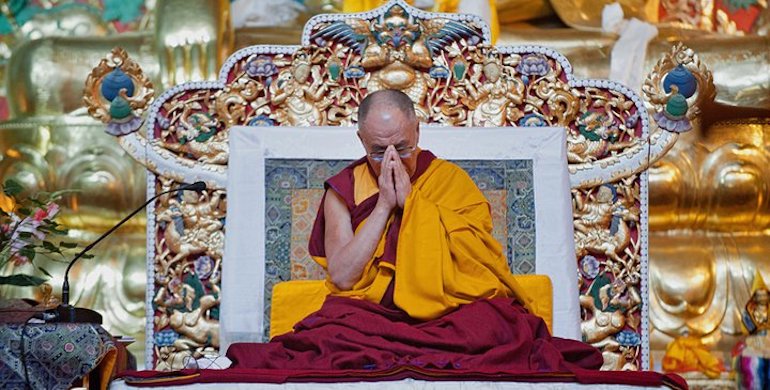 His Holiness the Dalai Lama.

Dharamshala: Tibetan spiritual leader His Holiness the Dalai Lama offered his heartfelt prayers and condolences to the people of New Zealand and families of victims of the terrorist attack on two Christchurch mosques which left scores of people dead and injured.

In a letter addressed to Prime Minister of New Zealand Rt. Hon. Jacinda Ardern, His Holiness admired the courage, wisdom and leadership shown by her in spontaneously declaring the victims of violence as belonging to the family of New Zealanders.

He said resisting hatred and fear by cultivating warm-heartedness as she has shown was equally important as reforming gun laws.

“Since we all depend upon others, we have to be inclusive in our concern for them. Wherever I go, I consider myself to be just one among seven billion human beings alive today. It is unthinkable that these days we see people killing each other in the name of religion or out of hostility to another faith. This is why I am committed to creating a greater awareness of the oneness of humanity—the fact that as human beings we are mentally, physically and emotionally the same,” His Holiness wrote.

“I applaud the way you and the people of New Zealand have reached out with compassion and support to members of the Muslim community among you. It is encouraging too that across the world, people of all faiths are visiting mosques in solidarity with Muslims after the Christchurch shootings.

“Your Government’s determination to reform gun laws will contribute to peace and security, but equally important is to resist hatred and fear by cultivating warm-heartedness as you have shown,” he concluded.