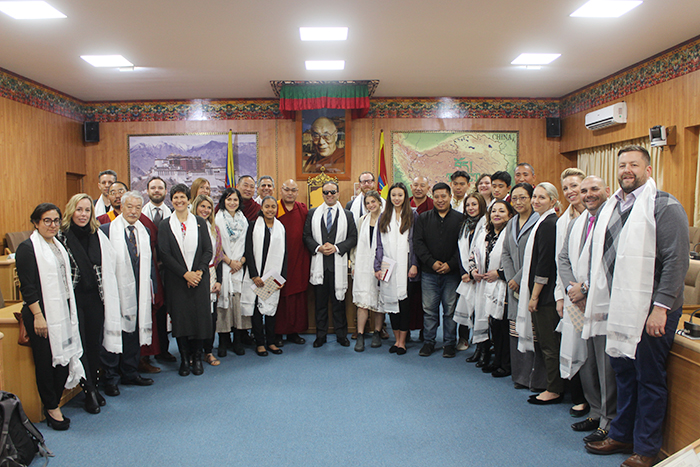 Parliamentarians with the delegations of Compassion 2020 at the Parliamentary Secretariat.

They were received by the members of the political section of the Standing Committee at the conference hall.

Parliamentarian Khenpo Sonam Tenphel briefed the delegates on the composition and functioning of the Tibetan Parliament-in-Exile, and the two sessions, i.e. Budget Session in March and General Session in September, which are held twice a year.

He spoke about various Parliamentary committees like the Public Accounts Committee and about the party-less system of Tibetan Polity. He also explained the composition and working of the Standing Committee. 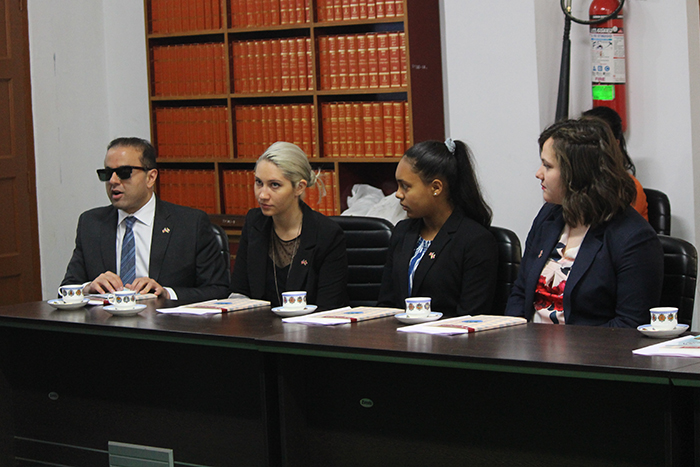 Parliamentarian Geshe Monlam Tharchin thanked the government and people of America for supporting Tibet issue and Tibetans without getting pressurized by China.

While Parliamentarian Tsering Lhamo spoke on the current situation of Tibet especially in monasteries and nunneries where the Chinese government is restricting the enrolment of monks and nuns.

Parliamentarian Geshe Lharampa Gowo Lobsang Phende spoke about the propaganda spread by the People’s Republic of China (PRC) to the general public and to the officials. He cautioned them not to fall for those false claims and requested them to continue supporting the just cause of Tibet. He also advised them to pay attention to the psychological philosophies of the Nalanda tradition that are the foundation for the practice of compassion.

Lieutenant Governor Habib thanked Parliamentarians for the warm hospitality and for explaining the functioning of Tibetan Parliament-in-Exile, a democratic system that is functioning under unique circumstances. 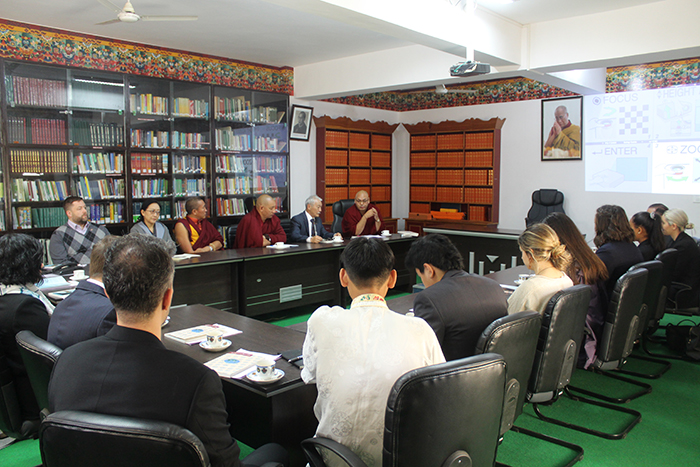 Discussion between the Tibetan Parliamentarians and the delegations.

Members of the delegation asked questions on the electoral system of exiled Tibetans, the practice of compassion in society and in political activities, etc. which were answered by the members of the Political Section of the Standing Committee.

Finally, they exchanged souvenirs and visited the Parliament hall.

Compassion 2020 is a statewide program that will send a delegation from Washington State to India to meet with His Holiness the Dalai Lama to discuss mitigating climate change, overcoming inequality, and improving civil discourse in politics, and more. 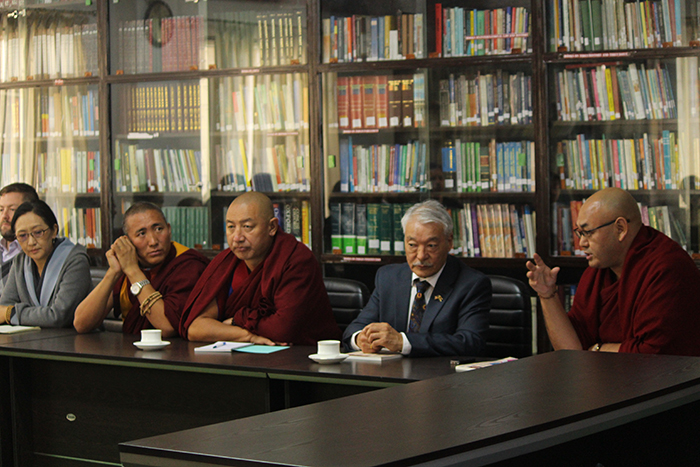 Ven Khenpo Sonam Tenphhel explaining the composition and functioning of Tibetan Parliament-in-Exile to the delegates of Compassion 2020.

The central mission of the Association of Washington Generals (AWG) is to recognize and cultivate leadership in Washington State. To that end, the AWG has partnered with the Office of the Lieutenant Governor to establish a program aimed at promoting compassionate leadership in the next decade called Compassion 2020. 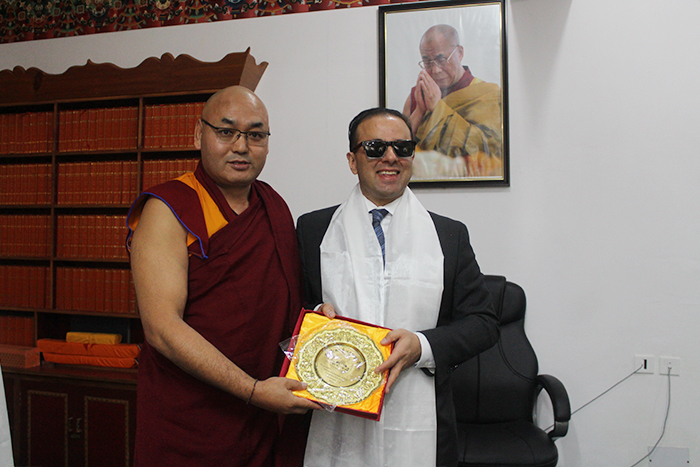