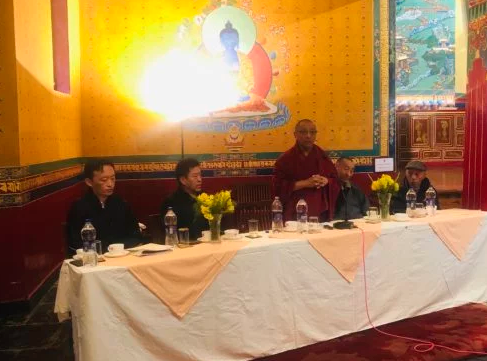 Dharamshala: Norbulingka Institute dedicated to the preservation of Tibetan art and culture celebrated its 24th founding anniversary today in the presence of Chorig Kalon Ven Karma Gelek Yuthok as the Chief Guest.

Other notable guests include Dechen Namgyal Maja, Managing Director of the institute, Tsering Phuntsok, Human Resources Manager, members of the administration and staff.

Director Dechen Namgyal delivered the opening statement followed by a presentation of the institute’s yearly report.

Chorig Kalon in his key-note address extolled the Institute’s life-long commitment and service towards the preservation and promotion of Tibetan’s artistic traditions and cultural heritage in its most sacred and authentic form. 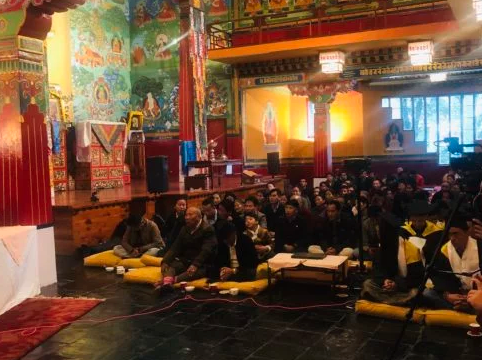 Section of the members of Norbulingka Institute.

“Norbulingka Insitute was incepted under the visionary guidance of His Holiness the Dalai Lama as a consequential center of restoring centuries-old Tibetan traditions, cultural practices, and language among others. Today, the establishment is a major center that is building and advancing self-reliance among Tibetans which is highly appreciated” remarked Chorig Kalon while commending the members of the administration.

In addition, Kalon congratulated this year’s graduating students of the Academy of Tibetan Culture and guided them on curating a meaningful life for themselves one that complements the wishes and aspirations of His Holiness the Dalai Lama. 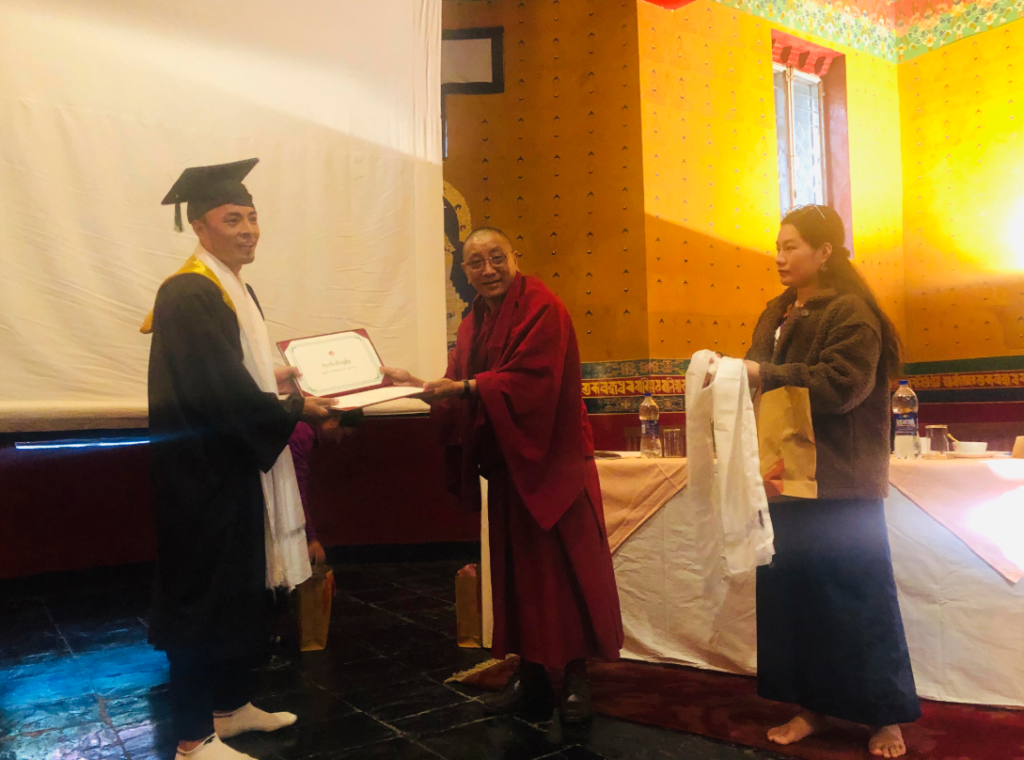 Kalon distributing award certificate to a graduate of Academy of Tibetan Culture.

Kalon then distributed award certificates to the graduates of the Institute’s Academy of Tibetan Culture and the brief commemoration celebration of Norbulingka Institute’s 24th anniversary concluded with an extravaganza cultural show.

Norbulingka Institute was officially inaugurated by His Holiness the Dalai Lama in 1995. It was originally founded in 1988 by Kalon Trisur Kelsang Yeshi and Kim Yeshi at Sidhpur, near Dharamshala and is dedicated to the preservation of the Tibetan culture in its literary and artistic forms. The institution strives to hand down the Tibetan tradition and restoring standards by providing training, education, and employment for Tibetans. It supports an environment in which the Tibetan community and family values can flourish. It further seeks to create international awareness of Tibetan values and their expression in art and literature. 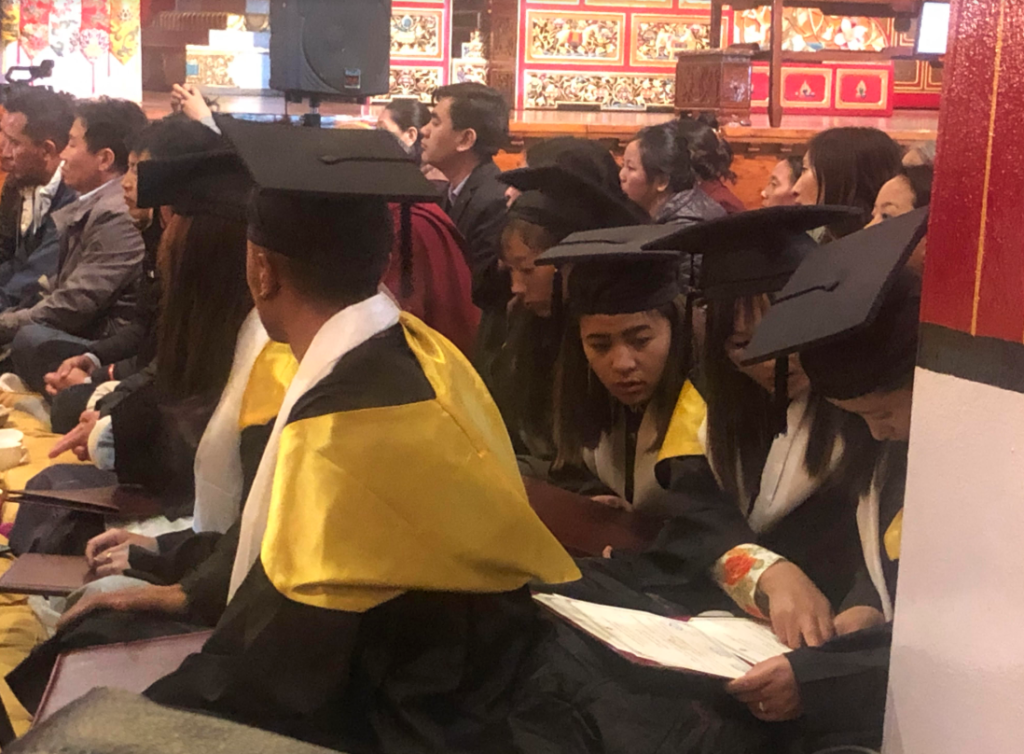 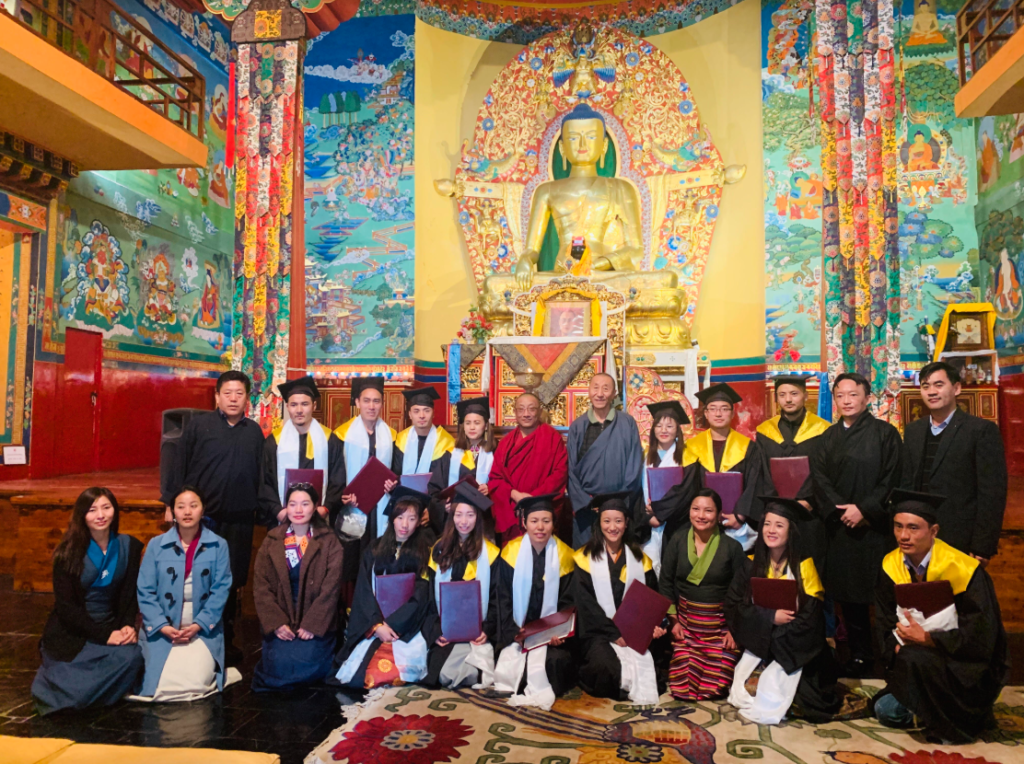 Chorig Kalon with the graduates and staff of Norbulingka Institute.