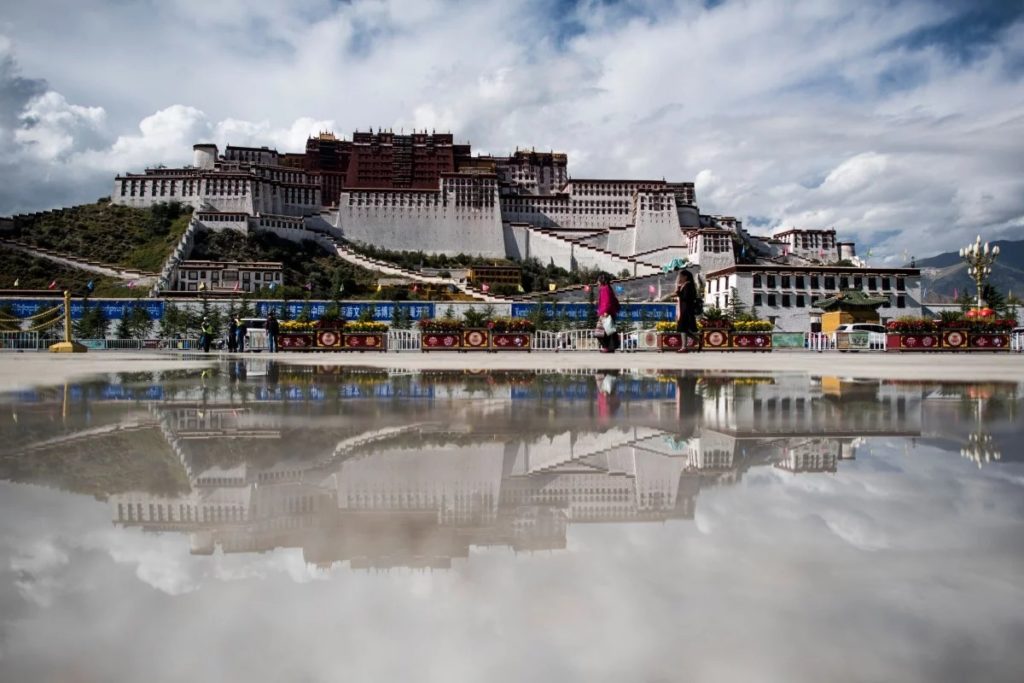 Dharamshala: Following a series of arbitrary detention and unrest in parts of Tibet including the recent arrest of 30 Tibetans in Tibet’s Kham province, the Tibet Autonomous Region’s People’s Congress last week passed the first of kind legislation on “strengthening ethnic unity” in the TAR region, effective May 1. The regulation, observers argue, mirrors the crackdown policy introduced in East Turkestan (Ch: Xinjiang) four years ago.

China has waged unceasing campaigns at both central and local government level to aggressively consolidate its military occupation of Tibet in the last more than six decades. But this new state-sponsored regulation is seen as a desperately contemplated measure to curb the undiminishing defiance of the Tibetan people and their call for the protection of their identity, for freedom, human rights and for the honourable return of His Holiness the Dalai Lama to Tibet.

Central Tibetan Administration’s Information Secretary Mr T.G. Arya condemned the new ethnic identity law, calling it a measure of ethnic cleansing aimed at complete sinicization of the Tibetan plateau. The Secretary also criticised the legislation as a gross violation of the international law and the Chinese constitution.

“What China could not achieve through the sixty years of occupation and repression, now they are trying to achieve it through repressive law. The law aims to achieve complete sinicization of the Tibetan plateau through ethnic cleansing. China finds Tibetan language, religion and culture as the main barrier to achieving complete control over the land,” Secretary TG Arya told the Tibet News Bureau.

“Through this legislation, China wants to gain legitimacy to diminish the Tibetan ethnicity through systematic state-sponsored migration of Han Chinese into Tibet. It is a gross violation of international law and the Chinese constitution to deny the Tibetans of their proper identity.”

The Secretary warned that the new ethnic identity law in Tibet forebodes difficult and harsh time for the Tibetans in Tibet.

The regulation not yet released in its full text is said to contain “dos and don’ts” for the local governments and society to promote ethnic unity.

The law calls upon Tibet’s population to strengthen “ethnic unity” and take a stand against separatism, the state-backed Global Times reported on Monday. According to the state media, the regulation requires all levels of government, companies, community organisations, villages, schools, military groups and religious activity centres be responsible for work on ethnic unity.

Government leaders and prominent human rights organisations have also criticised the new legislation as an attempt to wipe out the Tibetan identity and cultural heritage.

On Tuesday, US Senator Marco Rubio told CNA that it was “no surprise that Tibet’s ‘autonomous’ legislature has passed rules to promote ‘ethnic unity’.”

“As the Chinese Communist Party continues its attempts to wipe out Tibetan culture, the U.S. and freedom loving nations should condemn the blatant violations of human rights,” the senator said.

Senior journalist and prominent China-observer Vijay Kranti said that the new ethnic identity law in Tibet is reflective of Beijing’s current insecurities in the region whose population they have so far failed to integrate into the mainstream Chinese identity.

“This announcement is an indirect admission by the Communist Party of China (CPC) that they have failed in integrating hearts of the people of Tibet into the overall Han identity of China,” he told India TV News. “Given the feverish preoccupation of the China’s government these days to occupy the religious system and hierarchy of Tibet by imposing the next Dalai Lama of their choice after the present Dalai Lama passes away, this declaration is yet another attempt of Chinese government to make the world believe that the Tibetan people are happy under the Chinese rule.”

“The passage of this new law is a unique and first-time event in the seven decades-long history of PRC. It will not be a surprise that all other Autonomous region legislatures are also forced to pass similar laws,” he said.

Tibet is among the so-called five autonomous provinces in China, the others being East Turkestan (Ch: Xinjiang), South Mongolia (ch: Inner Mongolia), Guangxi and Ningxia. Similar policy on ethnic issues was also legislated at the Xinjiang Regional People’s Congress, imposing tight controls on freedom of expression with implications in areas such as academic freedom, educational curricula, and commercial decisions.