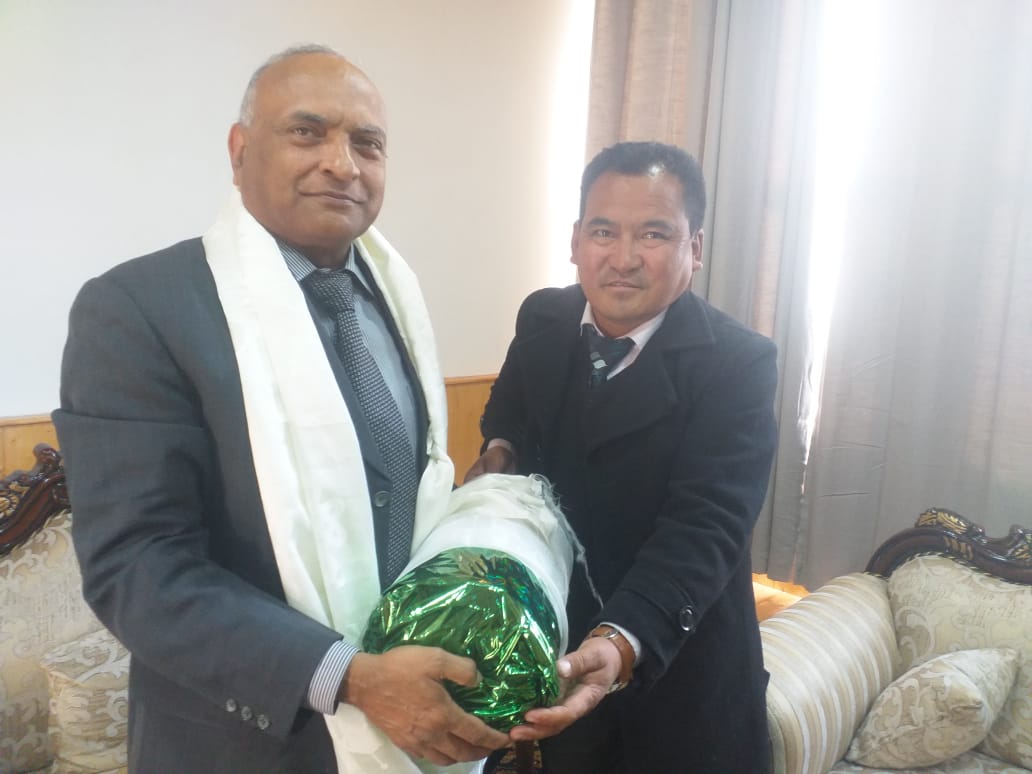 He firstly congratulated His Excellency Radha Krishna Mathur on being appointed as first Lt Governor of Union Territory of Ladakh with Tibetan traditional scarf.

Mr Tseten Wangchuk then briefed about the Chief Representative Office as a unit of Central Tibetan Administration and the status of Tibetans residing in Leh and Jangthang.

He also presented a copy of Tibetan Rehabilitation Policy 2014 approved by Ministry of Home Affairs, Government of India and requested His Excellency to expedite the implementation of schemes such as Mahatma Gandhi Rural Employment Guarantee Scheme, Rajiv Awas Yojna and Indira Awas Yojna.

He took the opportunity to explain in detail the problems faced by Tibetan residents due to the in-availability of Land Lease document and urged to issue land lease document or license at the least.

The meeting was fruitful as His Excellency assured to look into the Tibetan Rehabilitation Policy and other pending issues at Ladakh Autonomous Hill Development Council and Deputy Commissioner Office. 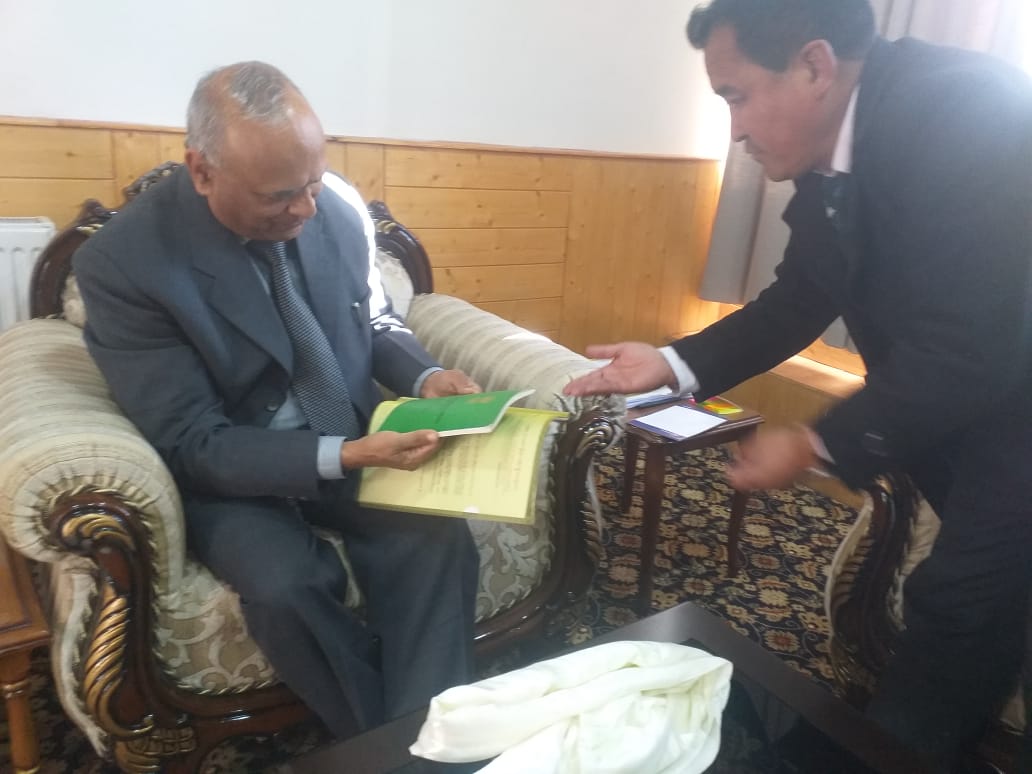 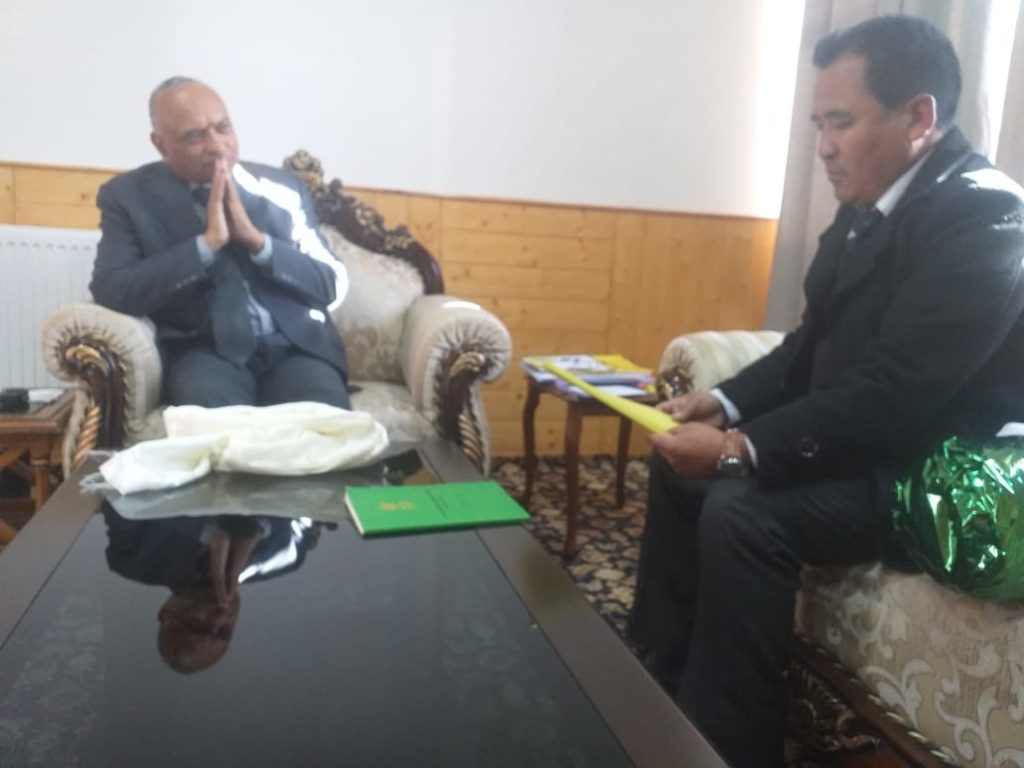